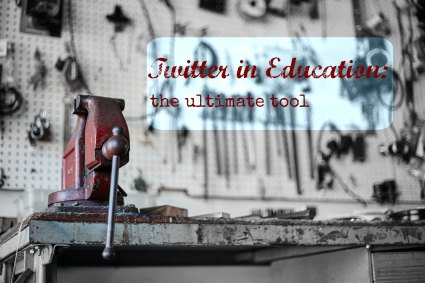 April 2015 I hit 10,000 tweets…I didn’t know I had that much to say. However, I have to say that I am very happy with my current relationship to Twitter. Twitter in education is not the same as in our industries, certainly not the sports or entertainment industries. I have been using Twitter since 2009 as an educator and I will share my current usage of Twitter. I would appreciate if you tell me a little about how you use it as well!

Right now there are a couple of ways I use Twitter. For chats and to share my blog posts. My work group has started a district chat #HallCoChat every other Tuesday night. I also enjoy #EdChat which I schedule into a once a month lunch, #ETCoaches (monthly meeting schedule). I am pleased to be facilitating an #ETCoaches chat May 26th, maybe you should join us?

There are a couple of types of people I follow. My PLN and I try to support teachers from my district by following them as well. My philosophy on adding people to my PLN has shifted over these five or so years on Twitter. I think teachers are more likely to follow someone who follows them, but I also wanted to narrow my focus in my Twitter stream. I also use automation when I can remember, and I do have IFTTT.com set up to tweet new followers with a welcome message. I have run that for a year and about 1,000 times.

I use Riffle pretty frequently to decide on a follow. This Chrome extension helps me evaluate each Tweeter and decide if they are creating their own content or just an agreeable retweeter, which hashtags they are posting to, and the frequency of their tweeting.

Basically I was making mistakes early on by following everyone in a Twitter chat and getting many of the retweeters and so my Twitter feed had the same tweets many times over. While the frequency told me others agreed with the original idea I want to see a variety of great ideas, not just the most popular great idea.

So I ended up unfollowing a bunch of folks that were reinforcing great ideas instead of providing more original content to my Twitter feed. Again, I kept my HallCo list pretty much the same as I had a different reason for following them. But I unfollow a good many folks.

So, do we use Twitter the same or are there any differences you could share with me?