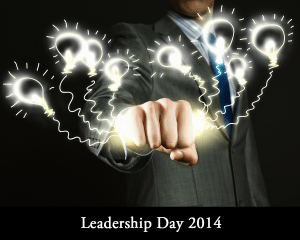 My Leadership post from last year never made it out of my drafts, but this is the year for me to post! I am posting after an #edchat today, August 26, so I am outing myself that I am posting this late. However, this was such an 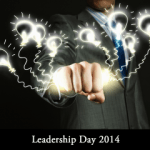 Aha Moment today in the early #edchat: “What is a Lead Learner?”

Often these conversations help me crystallize what I really believe about a thing while introducing new points of consideration. Today was no exception.

Let me share some thoughts and then connect them into what any building leader in a school could do right now.

The Principal needs to be a Lead Learner at a minimum before we expect/imagine there are any other such leading learners in that building. The fact is that if the “boss” of the building is not interested in professionally growing him/herself that is a message of priority to the members of that building. Afterall, this is the person evaluating us, hiring/firing us. The message may be interpreted that it is not okay to demonstrate as a professional that you are not all-knowing, or that you should already have accomplished your growing professionally prior to teaching in this school, or that there is nothing new to learn. However, without the leader of that building publically learning, sharing, valuing questions, and even publically failing the other potential ‘leading learners’ in the building will not take the risk to learn publically either.

Buildings with officially designated leaders often have the anti-leader…

Buildings with officially designated leaders often have the anti-leader, the one who is constantly contrary to the public leader. When the named leader does not embrace the role of “Lead Learner” this is something easily which the anti-leader can take from him/her.

Principals need to realize A) No one is ever done learning B) To act differently than that leaves your influence/credibility in your school up for grabs. In fact, what the anit-leader of your school knows is that transparent learning/questioning in front of peers is leading!

Oh my, are we to welcome chaos? Is everyone the same as the Principal now? No. The Principal can still lead the learning. Once the Principal establishes a culture of continual learning s/he casts the vision for the learning. S/he trusts teachers and other learners to go out, learn things pertinent to that vision, and then come back and share it. What a complimentary and affirming act that would be, to be part of that kind of staff.

One the first ways which administrators deflect investing time in learning Twitter is to point out the amount time is more than they can invest. This is a poor choice excuse as the majority of their workforce, teachers, view the principal as the person who makes and takes away their time to “work in their classrooms.” Teachers view principals as time-makers or time-takers. It does not ring true with a teacher that a principal might not have time to do something; and this can diminish a teacher’s view of their leader if s/he uses this excuse at all, but the principal runs a real risk of giving away their status as a leader if the teachers they use this excuse around do find their time well-invested in Twitter.

As a teacher I have always found this a bit offensive; my time is valuable as well. Not only that, but f I am suggesting this as a great learning opportunity from one professional to another and my Principal is dismissive – does my Principal doubt my professionalism or should I doubt his/hers?

Principals appear to their teachers to enjoy a great amount of autonomy in how they spend their time; teachers who are ruled by bells, lunchroom time slots, and random fire drills are not likely to accept time as a constraint from a principal. Because of this potential perception issue I suggest Principals say – “…that is a priority, but is #_ on my list. When I am ready to try that do you think I could ask for your assistance?”

Lastly, I point out that teachers have differing identities at differing schools – even within a single district. It is not enough to have a district level person promoting Twitter – it needs to be a leader at my school who works with the same families with which that staff works. Again, if the Principal does not step into that leadership role, it can be someone else.

I want someone invested in exact same community to lead me through this type of learning which Twitter offers, if it is not my Principal I may follow someone else – be warned.

Five things any administrator/principal in any building can do RIGHT NOW: