How has Social Media Impacted You? #AprilBlogaDay 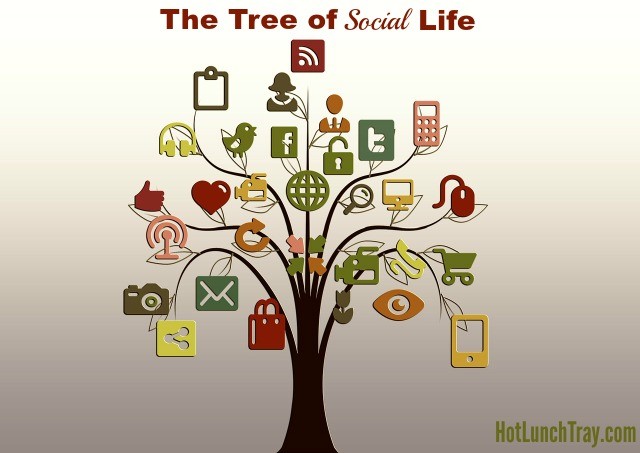 When I think about social media, I am really talking about Twitter and everything else is secondary to me. What Twitter has done for my career is the opposite of the dismal news you hear about new teachers quitting the profession in their first few years. It reassures me that not only am I in the right profession, but that I am often in the good fight(s) and it reassures me not give up. It helps me connect with others similar to me, others which challenge me, and forces me to examine difference between those two camps, identify reasons, and gives me a to make adjustments.

Other social media I participate in have a lesser value than Twitter, but are still important to the way I operate within my career. 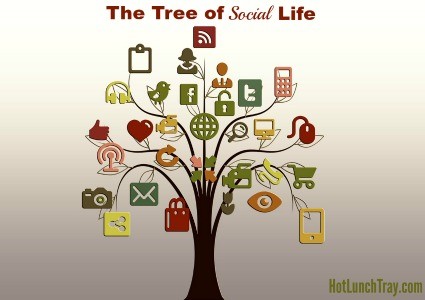 Pinterest both a personal and school social media for me. I have one board I which I created dedicated to school. I have invited collaborators to my board. And in the past I have shared posts from that board to my WordPress blog as well. I have also been invited to two other school-oriented boards, one for #EdTech Bloggers and one for K-5 Educators. After the ISTE Conference last year I also set up Pinterest Boards based on feedback from district participants. Those have not been as active as I predicted. It tells me that you should connect with those already on Pinterest and not try to recruit those not there already.

Feedly I was sad to see Google Reader end, but I landed at Feedly, after a bit of hysteria. I find that I am not reading my feeds as often, but I do like the organization of the “subscriptions.” I also like that I am reading plain text in my set-up and find myself evaluating the ideas over the graphics, that helps me concentrate on the thinking behind the post more easily.

WordPress I have been blogging since 2010, but only consistently since 2014. I have used MOOCs to successfully jumpstart my blogging as well as Challenges. I find that I do better at writing regularly when my topic is pre-planned. I try my best to use a Posting Calendar within WordPress and scheduling in the future to help me achieve a more even distribution of posts when I am not participating in a challenge. I find blogging helps me clarify my own thoughts at a deeper level than just Twitter or my gut reactions during work hours/situations – which I never quite analyze deeply until I have to write about them.

WordPress is the source of many of my social media original contributions. While I also utilize an automation engine IFTTT.com (If This Than That) WordPress itself allows me to cross-post to Google+ and Tumblr automatically.

Tumblr is a secondary site for me. I tried it and Posterous.com at the same time and settled on the latter. Then I started using WordPress extensively and looked at Tumblr as another outlet for my original (blog) content, so I cross-post blogs to Tumblr. I also had a stretch where I was gong to utilize Tumblr when Posthaven.com was purchased, then ended, by Twitter – #ThanksTwitter. But the private secondary blog I set-up for 365 pictures of my kids was too difficult for those of our parent’s generation to access it appears. Yet, I still crosspost there.

Posthaven.com is the site I currently use to share 365(ish) pictures of my sons with the family living far away. It salvages my Facebook feed for my casual FB reader and gives me a little better feeling over the visibility of my sons on the Internet at large. See my “Photo Strategy”

Flickr I maintain Flickr also for the one relative who checks it and I utilize a cross-posting strategy with this social media also – again see my “Photo Strategy”. While I “follow” people on Flickr they are mostly teachers and I see many familiar learning environments – I will say I like that. Maybe I will try Instagram some day … maybe (SMH).

Google+ I really tried to get into this, but maybe if I was still checking my Google Reader I would be more mindful to check in on Google+ too. As it is I utilize the cross-posting strategy from WordPress to Google+, but I am not as interactive as I think I should be. I do not engage often with the original posters and I think that is not really full participation in a social media.

For both Google+ and YouTube I use my personal login. My school has since issues Google logins with our district email, but I’d rather keep it separate than be sorry. I will not merge them either. Separate. Not Sorry.

YouTube is something I love searching; my 7 YO has really renewed my faith in the Internet via YouTube searches. As for posting and commenting I keep it school and keep it to a minimum. Almost all those I follow are school related.

LinkedIn is a big social upgrade from Monster.com. But I think I am just showcasing myself professionally and expect to pick up some part-time or contract work in the future because of it. I do use it to connect better with vendors from work and to achieve a narrow, specific professional learning network (PLN).

Facebook is the least employed social media for my profession. I just have a lot of relatives who I live far away from and I enjoy some level of connection with them via Facebook. I do participate in two blogging groups through Facebook recently and am wondering if I need to rethink my segregation of professional versus personal.