Extend the Learning from that Field Trip 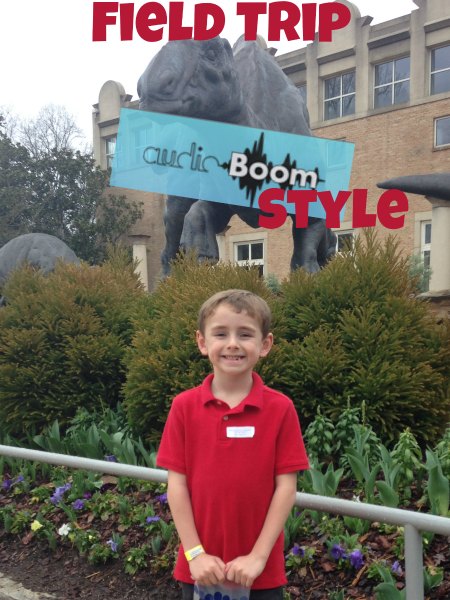 While it is true that ‘Nature abhors a vacuum,’ that is such a mild description compared to what a teacher experiences when a learning opportunity is present, but there is no structured activity or exploration associated with such an opportunity. So the

upcoming natural history museum trip for my 7YO deserved the best Plan B I could muster. I wanted something mobile, which pictures could be used after the fact, and that was simple even for my son to operate in the backseat on our way home. Many of the references I found to using this tool in conjunction with field trips referred to AudioBoo, but all I found was AudioBoom. That was confusing until I read that AudioBoo rebranded as AudioBoom in the Fall of 2014. I decided to give this tool a try!

I do not think in my use case I would need more than the free account offering 10 minutes, but if I wanted to extend it to 60 minutes the price seems reasonable. 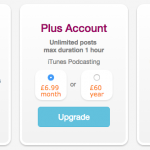 I took pictures of my son viewing things which I felt he could talk about later. I gave him a tutorial on how to create an AudioBoom and it was multiple steps; if I did this with a class I’d love to have the steps on an index card. I asked him to create three by the time we arrived home. He created four in 1:15-1:25. I think it could have gone faster to produce if he has written them down. I was able to prompt use of vocabulary words, but instead talked about the recording with him and then we agreed when he needed to re-record and when it was good enough. I allowed him to use my iPhone for the drive home. Eventually we decided that ear buds were also a good idea.

I like that the outcome is tweetable (posted to other social media), QR codes (great for classroom sharing!!!) and offers embed code. The sharing is nice. However, I am still unclear on the educator version available – and how I would sign up my students? Some of the links are broken on the about/education page and maybe that is where the explanation could be found? I see that AudioBoo – again the name does confuse – does have an app for Edmodo. Which would be nice for some other LMS/platforms, but good for Edmodo users!

I would have sent students with iPods to the field trip, maybe one per group, and if you are still gasping maybe only for one exhibit/floor or period of time. They could take pictures about things they wanted to explain or talk about later. When I next saw them in my classroom (I would obviously require clarification on the student login capabilities from the company first, but somehow) we would allow students to log in and create. Using the index card sized directions I would have them save 2-3 items per person/group. I would hope the teacher in the educator account has a way to curate a/multiple playlist(s). Depending on the number of items or number of playlists I think it would be great to share via embed  school/teacher webpage or share around the school via QR codes.

Courtesy of Speed of Creativity here is an organizing letter if you want to share the love with all of the parent chaperones.