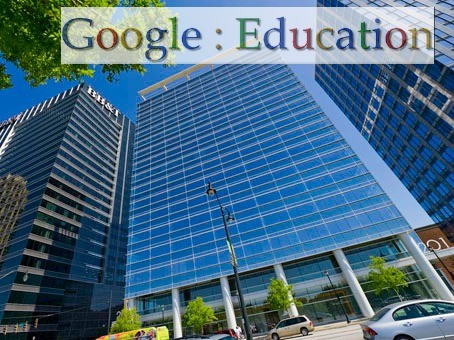 Wednesday we were invited to sit in on a meeting our director of technology had with Google (when will I ever say that again?). And the facility was as “cool” as you would expect. A teacher is bound to be impressed by any lunchroom free of cartoned milk and ketchup packets, so check off our predictable amazement at their cafe’. 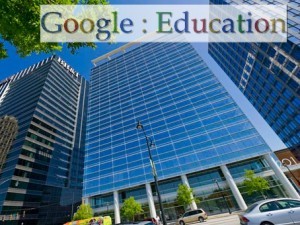 We listened to their educational philosophy, we talked about their Chromebook (our reseller accompanied us), we had some questions about what best practices they knew about apps and devices. At the end of the day I had a better picture of Google. I still see a company who is education friendly, but not an educational company. I see a company with different set of goals than other companies we routinely deal with in education. I do see a company with strategies which can make us more successful.

Our Google representative spent time contrasting Google and Microsoft; he mentioned how Google is working on making ‘life after K12’ a Google versus a Microsoft world and offer Enterprise Agreements for Chromebook licensing to appeal to the K12 practices which have grown up around Microsoft EAs. I think they might need to explain why they are superior to some audiences, but not any educators who have used Google Apps. Our district recently started offering Office 365, but that suite still does not bring Microsoft anywhere near Google to me. Google to Microsoft – that is NOT where the real comparison is.

From my educational perspective I see Google in a similar light as Apple. Their influence is everywhere in the EdTech world. The biggest interaction I have with Apple is in the mobile device/app world. I cannot help but note how Apple makes it difficult to use their devices in a shared environment, they appear to be using their cumbersome management to drive purchase of devices. Purchasing apps for education has experienced major backslides, at a cost to K12. But Apple has some great content and a slick user interface. Google is interested in being the backbone of the Internet – or maybe the Internet itself eventually – and is not driven to sell to me. Both Apple and Google supply great user experiences to me, but Google works well with other apps while I often know that an Apple experience stands alone, seemingly by Apple’s choice. The most useful parts of Google to me are free/low cost while Apple is costly. To know the goals/motivations of edtech vendors helps me greatly.