Getting Started with MinecraftEDU #MOOC

This is an assignment for the course Getting Started with MinecraftEDU found at the Canvas Network.

How could/should video games be incorporated

into the a regular school environment?

To know a young person now-a-days is to know a gamer. The game does not matter, but the attitude and flexibility of thinking matters. It matters for future ways problems may be approached/solved, it matters for meeting our learners where they want to be, it matters to making education relevant to current and future students.

Why use Games to Teach? 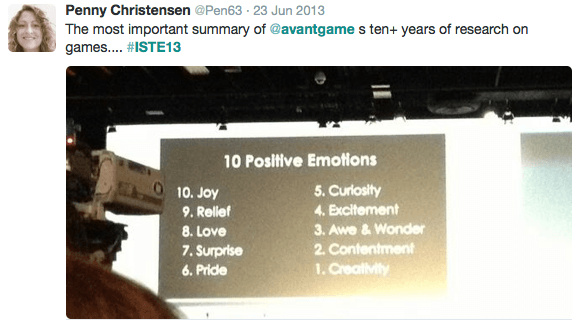 Games are a safe place to practice the prerequisite skills needed by individuals looking to come together. The fearless practice with which students apply

their efforts in video games may be due to the facts that those softwares offer intuitive guidance with less penalty than projected reward.

“Addiction to gaming” might simply be a preference for the conditions of the virtual world over the real world. It does not appear irreversible nor does it seem impossible to overcome the disparity between

Gamers are getting increasing adept at cooperation. As illustrated in the video within the course, the escalating complexity of cooperation and interdependence are more impressive than the inherent “epic-ness” of the gamers task at hand. This is a focused group which knows how to work together.

Educational environments want to achieve the same focus, single-purposeness which could be directed toward live problems and solve issues which threaten real life.

The message of the Super-empowered hopeful individuals is infinitely encouraging. This can survive until the educational system is able to right it’s course and include: urgent optimism, create an important social fabric, allow blissful productivity, and provide epic meaning to tasks we present to our students and teachers.

What does Research say about Using Games to Teach?

When revisiting some of the first, widely read publications of Marc Prensky, such as Computer Games and Learning: DIgital Game-Based Learning, I am struck by how many things are still true about the entry level requirements of learning software: “software is supposed to teach you how to use it…games were designed to teach you as you go” just with that statement you realize much of the software on the market falls short of that requirement right now. Prensky wrote this particular chapter in 2001. Education may need to step up the pace of development, but until then we have the consumer market to look to for ideas.

The idea of “Digital Natives” and “Digital Immigrants” was an exciting new idea which initially reinforced the disequilibrium many adults felt around the less traditional games and learning many children were participating in at the turn of the century However, the phrases have come be something people seek to disprove. As the Millennial generation comes of age in the arena of teaching and learning they represent a group considered “Digital Natives,” and yet we find ourselves teaching the same way. Infact, from the onset of this labeling of two sides of the digital divide we have experienced exceptions to the rule of Digital Natives/Immigrants. Most likely the differences simply offer us multiple ways to an end, meaning maybe these are paths we must include in our offering of content instead of expecting all learners to take the same path each time. Prensky provided the original framework for considering multiple paths to learning in a digital age whatever terms of his remain.

How does @MracPrensky compare to the SAMR model?

Another interesting consideration involving Prensky is his informal description of the Substitution, Augmentation, Modification, Redefinition (SAMR) process. For “Digital Immigrants” this would be an excellent graphic to share which translates the SAMR terminology. Mostly I like the thought that these ideas have been around for a good amount of time. Typically with education, time to think on something creates a deeper understanding/acceptance of the idea.

As games and learning come closer together student learning rates should increase exponentially as student and player roles become a merged experience. As requirements in education emulate level progressions compulsory education will not need to be enforced so much as administered.

Benefits and Potential Difficulties of Gaming in the Classroom

The initial barrier to bringing gaming to the classroom appears to be access. Schools with low socio-economic status do not enjoy a 1:1 experience for it’s students. And Bring Your Own Device (BYOD) programs in such schools only highlight the deficiency of access in the lives of these students. A school or district must dedicate itself to the idea of bridging the device gap and then back up that dedication with funding targeted at maximizing access for every student.

The greater barrier in fact is the current personnel. Your current school personnel is not hired for their understanding or support of new teaching a learning practices, but their survival of the traditional system and their ability to move through the current credentialing system, which is not promoting a divergence from the status quo yet. Those doing the hiring could only be to blame if they know any better. And administrators did not make it to their current position through game play, they might need to experience evidence to understand the magnitudes of learning which games offer learning. Parents should be easier to convince as they are continually confronted with the realization that their children are more engaged in games than school, learn more from games than from school, and prefer the gaming environment to what we loosely claim is a learning environment at our schools.

Luckily, students are already informally enjoying the benefits of gaming until our educational systems can catch up to their preferred learning style.