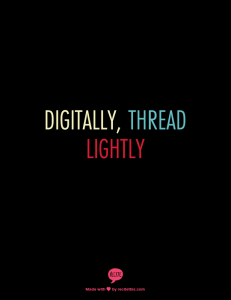 This morning I was starting my morning on Twitter as usual. I noticed someone put a question out there, asking to be convinced. The topic related to something I vividly remember tweeting a few months back. I found it in my posts and copied it as I tweeted it out and sent it this person.

Now, you may already know where this is going.

I think this person ended up mad. I had no intention of making this person mad, but there it is. So, let’s analyze the series of assumptions that led to this misunderstanding if we can all agree that this is not a desirable outcome of Twitter:

+ He accessed his PLN looking for a deeper understanding, a wider variety of opinions on a topic.
– He referenced a skewed news piece.
– I assumed the news articles views were his views.
+ I wanted to add to the information to which he had access.
+ I had access to my old tweet complete with link to other article on topic.
– I copied the old tweet in it’s entirety without reviewing the article to make sure it was appropriate.
– The tweet was okay as a tweet, but not (hindsight) a PLN reply.
– He blogged about my reply to the tweet, not my content, but the tweet.
+\- He sent me the link to his blog as his response. Appreciate him telling me had blogged about it, but it made me feel bad. I hadn’t meant to cause any hard feelings.
-/+ I replied to his blog, attempting to be neutral.
? I am blogging about it now.

Bottom-line, we both were stinkers on this one whether or not we intended to be.

BIGGER bottom-line? Everyone needs to be intentional about what we tweet, decidedly neutral when we respond, and tweet with a benefit-of-the-doubt mentality whenever possible. We are each others best resource, we can’t be this tough on each other.