Teachers: How to #EdChat 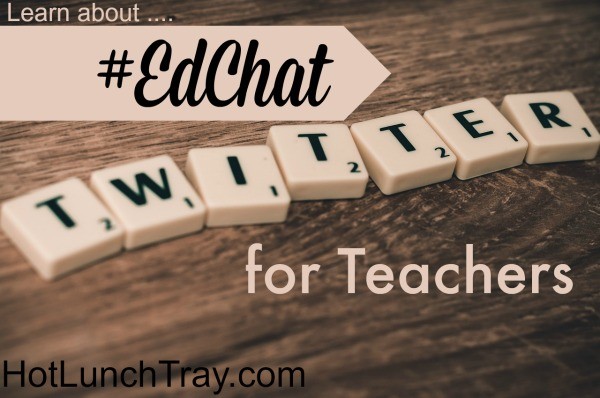 It is safe to say no other social media has been co-opted into education like Twitter.  A recent post by one of the founders of #EdChat, @Tom Whitby, sums the relationship between Twitter and educators nicely: 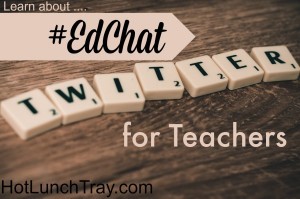 You can read more about the founding of the Twitter Chat #EdChat here,  but aside from the history, let us investigate if Twitter chats such as #EdChat are for you – allow me to provide you with some practical tips to get you started.

Should you take 60 seconds to cover what a hashtag is first?

And is it worth mentioning that only pre-recorded messages from your financial institution still use the term “pound” for this symbol: #. Yes, you’re quite welcome.

#EdChat is a hashtag, by itself it is not the chat. Using this hashtag during the designated hours of 12-1PM EST and 7-8PM EST on Tuesdays is how you participate in #EdChat. This chat has people you may or may not know, all following and tweeting out with the same hashtag, #EdChat. (Is a hashtag case-sensitive? No. It helps some read it when there are no spaces – and you cannot utilize spaces within hashtags) This assembly is the twitter chat itself. A #EdChat in particular is rapid. I have some tips to deal with how fast the chat is actually.

#EdChat happens at consistent times and suggested topics and voted on in advance, but not announced too far in advance. See the tweets asking for you to vote on the next chat topics, reminding you when #EdChat starts, and some on Twitter giving advance notice of the deluge of tweets they are about to generate as they participate in #EdChat.

How Do I #EdChat?

As the questions come out in the format of “Q1) … #EdChat” participants respond with “A1) … #EdChat” tweet. It is very common to forget to include the hashtag when first starting Twitter chats, but that comes with practice. If you forget the hashtag the tweet appears only to your followers and not to everyone following the #EdChat hashtag, not following you. It is okay to respond to some questions and not others. And if you see a side conversation you would like to have with another person, feel free to do so.

How would you tweet with someone who you do not follow and does not follow you back? You would use their username in your tweet. It would also be polite to include the #EdChat hashtag so others could join in if they want to do so. Notice the username for Jerry Blumengarten in the tweet above is not his name, but instead the characters behind the “@” symbol.

At Twitter.com you can click on the hashtag #EdChat and see all the tweets containing that hashtag. This is a fast stream of tweets to read. And in the browser or app on a mobile device, if you click out of the username to respond, sometimes it takes a couple clicks to find your way back into the hashtag stream. I prefer to use TweetDeck, probably because it has been around for so long and I have just used it that whole duration.

The first time you engage you will find kindred spirits. I suggest following them as you recognize them as your tribe – right then.

You may also find yourself in a group conversation. This can happen when someone Replies All, intentionally or accidentally. Do not worry if you do not understand the context, but do reply to the mention if you have something to contribute. This brings up the point that as a newbie #EdChat participant you might want to only reply to those usernames which you mean to include in the conversation. Although, even if you just follow the conversation you are bound to find some members of your tribe in the conversation and can follow them.

After the chat, follow both those who agreed and challenged you as a way to intelligently expand your Professional Learning Network, PLN. Remember, you are free to unfollow someone later if they turn out to not be a contributor to your PLN.

A great first #EdChat might just be one which you read. That is if you can stand not to join in!

I Can’t Read All This!

Nope. I no one expects you to read it all. Surprised?

Instead this is a way for you to gather some PLN members, find opposing views which make you think/question your assumptions, and articulate yourself in a professional manner. You do not need to read every tweet to do that.

You can follow use Tweetdeck, or something similar, to follow your notifications, other tweeters, or scroll through the chat at your own pace (or change the refresh rate of the chat screen).

Here is a record of the #EdChat from sometime back, but it demonstrates the volume of the participation.

Here is a brief look at the evolution of Twitter (up to 2009) by a founder, Evan Williams:

Twitter is your single greatest PLN – and #EdChat is typically where that starts for teachers!

Brought to you by USC Rossier’s online MAT